Rapper Drake recently announced that he will be partnering with Toronto’s Canopy Growth Corporation to release More Life Growth Company. More Life will be “centered around wellness, discovery, and overall personal growth with the hope of facilitating connections and shared experiences across the globe,” according to company reps.

Drake stated in the press release that “The idea of being able to build something special in an industry that is ever growing has been inspiring. More life and More blessing,”

Over 400 California cannabis businesses had their licenses suspended

California recently suspended more than 400 cannabis business permits, which is equivalent to 5% of the state’s legal cannabis supply chain. The suspension of the licenses means the companies affected cannot complete transactions until their licenses are reactivated.

Of the businesses affected, 63 of them were retailers, 61 delivery services, 47 microbusinesses, 185 distributors and 29 transport-only distributors.

The Bureau of Cannabis Control (BCC) issued the suspensions due to the business’ failure to complete mandatory track-and-trace system training and credentialing.

The BCC believes that all affected businesses have had plenty of time to complete the required track-and-trace steps and to begin uploading their inventory data so that regulators can keep track of the cannabis industry via Metrc’s system.

The licenses will remain suspended until the training and credentialing has been completed.

A breakthrough in the deadly vaping crisis

After 39 deaths and more than 2,000 reported vaping-related illnesses, U.S. health officials have potentially discovered a breakthrough in the outbreak, linking it to vitamin E acetate as a “potential toxin of concern,” said the Centers for Disease Control and Prevention.

Vitamin E acetate, is an oily chemical added to some THC vaping liquids, and could potentially be the cause of the deadly outbreak as it was found in every lung fluid sample from the afflicted.

THC was also found in 23 of the 29 samples tested, with officials stating there may be more than one cause of the outbreak. Dr Anne Schuchat, the CDC’s principal deputy director stated that “[They] have a potential toxin of concern from biological samples in patients” and that “[They] are in a better place than [they] were a few weeks ago in terms of finding a culprit.”

Massachusetts regulators will maintain a ban on the sale of cannabis oil vapes and devices after ordering all cannabis retailers to quarantine the products on Tuesday. The ban which covers vape pens, vape cartridges, aerosol products and inhalers is scheduled to last until January 25.

Although, there has been talk of Donald Trump considering plans to ban all flavoured e-cigarette products. This may not go through as Trump recently indicated that he may be open to flexibility on the ban after backlash from the industry. 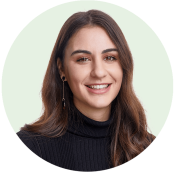 Author: Madison Ali
Madison comes from a background in communication. She studied Creative Advertising at RMIT where she realised her passion for content creation and creative writing. She is passionate about turning technical information into approachable and enjoyable content. Outside of work, you will find Madison in a luscious garden or buying new house plants.

While major politicians continue to describe cannabis as a ‘gateway drug’, the tide of public opinion is tu...

At Parsl, we have a goal to shift the stigma that currently exists around cannabis. We want to move towards...