Cannabis legalization in Mexico: What is the latest?

The fate of cannabis legalization in Mexico has missed its October deadline and has been put on hold for a later date.

In late 2018, Mexico’s Supreme Court ruled that an absolute ban on the recreational use, possession and cultivation of cannabis is unconstitutional and in need of change.

The senate held a series of events to gain input on legalization proposals from experts in the field to create a sensible and informed bill.

Mexico was looking well along the high path to legalize cannabis by the end of October, so what happened to delay it?

According to Marijuana Business Daily, one of the key holdups to passing the legislation was the external pressure from businesses wanting to take part in the industry. Mexico has been aiming to give license preference to low-income individuals, small farmers and indigenous people. This left bigger corporations wondering how they’ll get a slice of the cannabis industry which could have had an impact on the delay.

The lawmakers have requested an extension to the Supreme Court’s deadline beyond October. According to Senate Majority Leader, Ricardo Moreal, the lawmakers have the intention to discuss, debate and pass the framework for the legislation within the first couple of weeks of November.

Although, as the Supreme Court effectively legalized recreational use of cannabis in 2018, giving lawmakers a year to work out the details, they may not be so keen on delaying it even further.

The good news is, cannabis is still on the path to legalization in Mexico, it is just a little rockier than once thought.

So what would cannabis legalization actually look like in Mexico?

Well firstly, the biggest benefit legalization could bring is the potential reduction of black market activities, although this heavily depends on the effective implementation of the system.

Even in areas where cannabis has been legalized, the black market continues to flourish. California is the perfect example of this, where there are roughly 2,835 illicit cannabis sellers, including storefronts and delivery services. That is more than three times as many illegal sellers as legal ones. Hopefully Mexico can learn from past attempts and implement a more effective system to combat the black market.

Legalization would also boost the Mexican economy as many tax-paying businesses will enter the field. It is estimated that cannabis legalization will create $1.2 billion in tax revenue for Mexico and save $200 million in enforcement costs.

While this is great news for Mexico, the legal cannabis boom could affect US cannabis producers as there will be added competition. Mexico has a more favourable climate as well as lower production and labor costs so cannabis can be grown at a faster speed with a higher quality.

Medical cannabis with THC content under 1.0% has been legal in Mexico since 2017. However, Grand View Research estimates that once cannabis is legalized in Mexico, the medicinal cannabis market could grow 27.7% which would escalate from $47.3 million last year to $249.6 million by 2025.

The history of cannabis within Mexico

With this development in cannabis legalization in Mexico, we thought it would be a good time to look at the history of cannabis within the country and understand what made the plant illegal in the first place.

The use of cannabis in Mexico actually began in Spain during the 500-year Moorish occupation of Spain where the Moors brought hashish (cannabis) and the Maghrebi tradition of kif-smoking to Spain.

Cannabis or as its known in Mexico, Marijuana, was first brought to North America by the Moors and the Maghrebi tradition of kif-smoking. Marijuana entered the New World onboard Spanish galleons bound for New Spain (Mexico). It became popular with both peasants and the higher classes in Mexico. Spain encouraged the use of hemp production in the colony as it was used to make rope and textiles.

Marijuana was commonly used for recreational purposes and as a remedy to treat pain among military personnel and the lower class. The iconic song of the Mexican Revolution, “La Cucaracha” was actually about Pancho Villa’s peasant army getting high.

During the Revolution, the capital’s newspapers blamed cannabis for inciting revolutionary armies. Despite the lack of evidence to support this claim, people believed it and the war on cannabis began. In 1882, authorities banned the use of cannabis in Mexico City’s military hospital to cut down on fights and other “disasters”. While cannabis wasn’t illegal at the time, these negative associations fed into the regulations created over their trade and use. A decade later, medical professionals pushed for a series of health codes which banned herbs and limited the sale of drugs that were considered dangerous, like cannabis, to professional pharmacists.

And in 1920 the inevitable happened, the production, sale and recreational use of Marijuana was banned which was closely followed by the ban on the export of marijuana 1927.

So it is with great excitement that the plant which travelled the seas to the New World could potentially make a legal comeback in Mexico. The only question we’re left pondering is when? We’ll be eagerly awaiting the verdict straight out of Mexico! 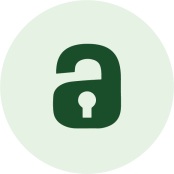 Author: Parsl
Parsl is a innovative technology company that is making seed-to-sale cannabis tracking better for everyone.

While major politicians continue to describe cannabis as a ‘gateway drug’, the tide of public opinion is tu...

At Parsl, we have a goal to shift the stigma that currently exists around cannabis. We want to move towards...